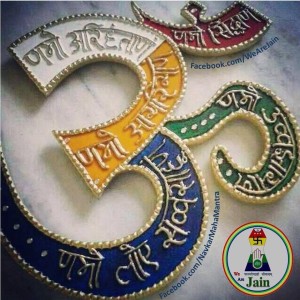 It all began with a few devotees who used to meet for celebrations of Jain sacred days: Paryushana in a small house from 1969 onwards…

• In 1973, with the increased Jain population in Leicester, a constituted body named Jain Samaj Leicester was established. During his tenure between 1973 and 1977, its first chairman Mr Manhar Mehta and the executive committee laid foundations for Jain Samaj; increased membership and activities.

• Dr Natubhai Shah, a visionary, succeeded Manharbhai. During his tenure from 1977 to 1989, he put Leicester on the Jain map of the world by the following achievements:

• Jain Samaj Leciester was registered as a charity in 1978. The Chairman dreamt the concept of the Jain Centre, where all major Jain traditions can study and worship under one roof.

• 1979 – A spacious church building was purchased in Oxford Street, situated in the heart of Leicester, and renamed The Jain Centre. Dr Shah helped to build a rapport with the local community in Leicester, local and national Interfaith organisations, Jains in the UK, Antwerp, India and other parts of the world and also the media. Jain Centre obtained substantial grants from Leicester City Council, Man Power Service Commission and Department of Environment. He convinced Jains in India to gift the temple for the Leicester Jain Centre. For this purpose, Jinalaya Trust was established, in India, under the chairmanship of Shrenikbhai Sheth who looked after the construction of the temple and its carvings. To get equipment and stain glass windows for the Centre, the Jain Centre trust was also established under the Chairmanship Mr Kantilal Talakchand Shah. The Jain Social Groups Federation gave full co-operation for the Jain Centre development.

• 1980 – The Jain Samaj Leicester was expanded as a European body, so that any Jain living in Europe could become a member and participate in its activities. Jain leaders in India and Acharyas of all major Jain traditions supported this noble cause. Gurudev Chitrabhanu and Acharya Shushilkumarji blessed the development of Jain Centre. Acharyaa Chandanaji helped to create the beautiful museum at the Centre.

• 1982 – Jain Samaj opened an office in London, to cope with the growing interest Jains in London.

• 1983 – On 10th November, Shinalayas ceremony, the laying of the foundation stones for the first fully consecrated Jain Temple in the western World, was performed.

• 1984 – On 14th December, the Anjanshalaka ceremony was carried at Pali (Rajasthan) to the images of Shree Shantinath (79cm), Shree Parshwanath (64cm) and Shree Mahavirswami (64cm) which is currently situated at the Jain Centre.

• 1985 – On 25th August, a festival of entrance ceremony for 8 days was held at De Montfort Hall, Leicester and the above images were brought into Jain Centre. Chandubhai Trivedi (Somapura), SnehkantShroff and Gallery Associates helped to create the on marvellous temples and refurbished the Centre.

• In addition to the UK Jains, about 2000 Jains from India and Overseas came for the celebrations. To accommodate the devotees all the Leicester Hotels and the University Hostels were booked.

Jain centre had visits of many dignitaries including High Commissioners of India, Chief Minister of Gujarat, Artists and Actors. The Jain Centre was honoured by British Prime Minister John Major’s visit in 1997 and Royal Family visit in 2000.

The media in India, UK and other parts of world gave publicity of Jain Centre and its development and visits by dignitaries. The Jain Samaj Europe is thankful to all who have helped to build this unique Centre and for its progress to the present stage.

May famine and pestilence never comeMay the people live in peace May the highest religion of non-violence Pervade the whole world and bring universal good to all.